I promised more posts, and more posts you shall have. Indeed I have been a busy little bee, and finally I have something to show for it. 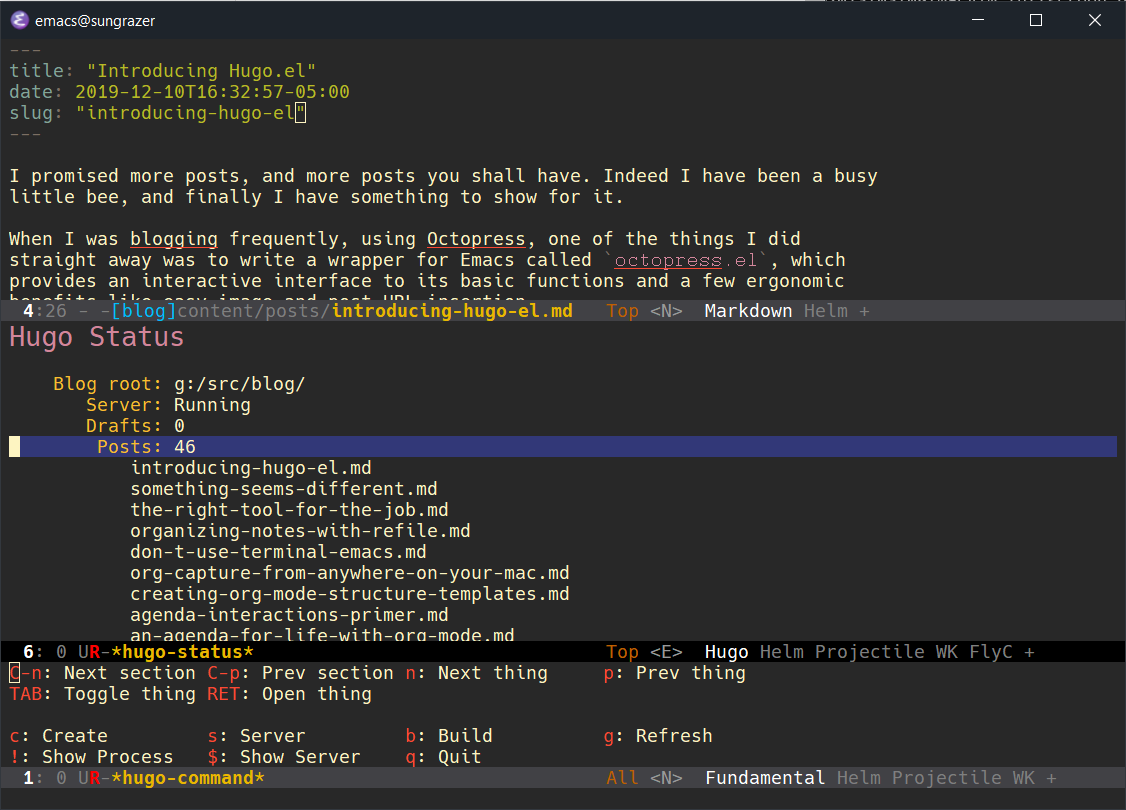 When I was blogging frequently, using Octopress, one of the things I did straight away was to write a wrapper for Emacs called octopress.el (view on GitHub), which provides an interactive interface to its basic functions and a few ergonomic benefits like easy image and post URL insertion.

But, as I noted in my previous post, Octopress is effectively dead (and slow, and tricky to set up), so I moved onto Hugo. I immediately missed having an Emacs-based interface directly into Hugo’s essential functions (though eshell works surprisingly well)… So I wrote one. I call it hugo.el.

A package like this one exists on MELPA already. It is called easy-hugo, and I did give it a try. It’s OK, but it wasn’t very intuitive for me and it felt like it was trying to do too much.

I modeled octopress.el after the amazing, timeless Magit, and I followed the same pattern with hugo.el. In fact, hugo.el is a fork of octopress.el for all intents and purposes, though I did it all manually.

The vast majority of the code is copied from the other package, with instances of octopress and jekyll replaced with hugo, but I took the time to move each block of functionality separately by hand to ensure that it all hangs together properly.

There’s plenty more that can be done, but it’s in a workable state and I’ll probably work on writing a nice README and try to get it into MELPA soon.

For now, you can view the spartan repository such as it is: Hugo.el on GitHub.