Have you seen ads for Bright Cellars yet? If you haven’t, you must be one of the lucky ones, because I can’t seem to escape their ads. They’re in my Twitter feed, they’re in newsletters I subscribe to, they’re on LinkedIn for heaven’s sake.

The thing is… Bright Cellars is a grift at best. I’m not a lawyer, so I won’t use any legal terms for fear of committing accidental slander, but once you see what I’m about to show you, I think you’ll reconsider whether Bright Cellars deserves your money.

The idea behind Bright Cellars is that you take an online quiz (which they once claimed was developed “by MIT grads”) and then you start receiving wine monthly, bi-monthly, or quarterly. As you try and rate those wines, they’ll send you better and better matches for your taste.

That all sounds intriguing, but the problem is, it’s all kind of a hoax.

Not only is wine tasting itself basically junk science, but Bright Cellars doesn’t actually find amazing wines from around the world that you’ll love. Oh no, not at all, in fact… They only sell you their own wines.

The motive for what they’re doing here is obvious. If you could take the quiz, learn what wines you’ll probably like, and then just go buy those yourself, Bright Cellars would make no money.

To give you the impression that the selected wines are simply “out there” in the market to be found, they’ve set up shell websites for each of their wine brands so that when you search the web for them, you don’t come up empty handed. You’ll find a shallow vineyard website for each one, listing the wines, and often even allowing you to buy them direct.

But how can I possibly know that these vineyards don’t exist?

Oh, that’s simple… Because every single one is just a WordPress installation running on the same servers.

But don’t take my word for it, first check out the dig results for yourself. These are just a few brands I identified by reading the labels off of pictures on their website and posted by people on Twitter.

Well OK so maybe they’re all hosted by one of those big WordPress hosting places, right? Maybe it’s just a coincidence that every single brand of wine that Bright Cellars “selects” for you shares website hosting.

If that were the case, then it would be very strange for each of these websites to have, for instance, favicons served from a bright-cellars path within their WordPress installation, right? (Paths abbreviated for legibility.)

What you can learn by reading the site source, huh?!

But it doesn’t take an experienced internet sleuth to uncover the undocumented relationship between these brands, if you just open their sites side-by-side. Don’t all of these headers look just a little too similar to you? 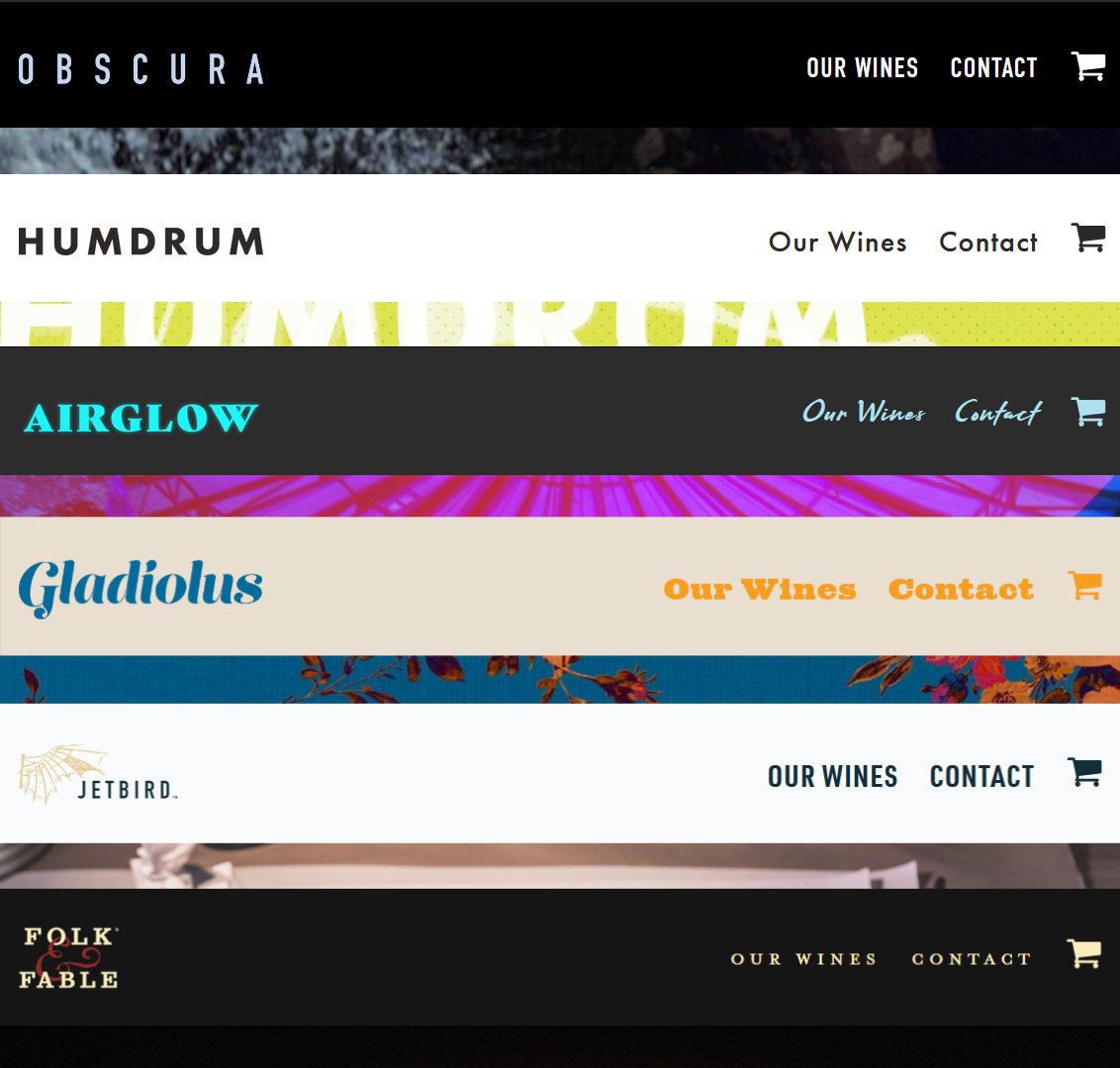 Bright Cellars may not be your ticket to global wine discovery, but damn they’re good at branding!

This actually grosses me out, though. It isn’t just the fact that wine tasting is scientifically tenuous, or that people like the things they like regardless of what “MIT grads” might guess based on their preference for types of chocolate.

It’s that Bright Cellars is selling you a shortcut to find the things you like among a vast field of things, but what they deliver is not only a dramatic subset of that vast field, but a mutually exclusive one, and they lie to you about it.

A lie by omission is nonetheless a lie.

Here are some other wine brand websites that are actually operated by Bright Cellars (yeah, they have a lot of them):

What if I want to learn about wine?

Right out of the gate: don’t pay Bright Cellars. If you want to pay money to taste wines, boy do I have a deal for you: visit a vineyard. Visit your local wine shop. Visit a friend’s house and pay them to taste their wine. At least these three options are honest.

For the amount of effort you put into making a grocery list, you can write down wines that you’ve tried that you like and don’t like. At the end of the day, that’s approximately all it takes to understand your own taste in wine. You don’t need some “MIT grads” to tell you what you like.